LPC’s speaker for October 10 is Ross Stansfield with his presentation “Film and Photography”. 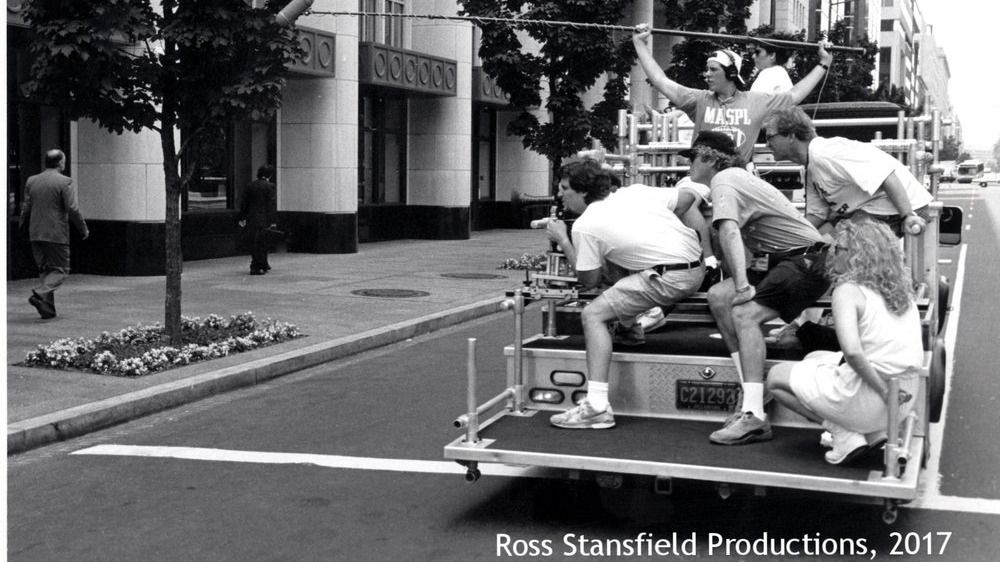 Ross Stansfield has, in his 35 year career, been a studio stills photographer shooting for clients such as Coca Cola, Marriott, SAIC, American Woodmark, the VA, Regency Furniture, Ted Britt Ford, Vie De France, Odin Technologies and many others. The coffee table book “Alexandria a Pictorial History” was written by Karen Harvey and Ross supervised the acquisition of archival shots and shot the majority of new photos.

Ross has also been involved in motion picture production since 1990, as a Director, Producer, DP and Editor creating TV spots, commercial films, short films, music videos and a documentary on Raymond Loewy currently showing at the O. Winston Link Museum in Roanoke, Va. In 2009 he was the producer for Allied Media working on TV, stills and radio spots for the 2010 Census.

Ross was co-producer and cinematographer for two films for the 2013 George Mason Idea series shown at the Patriot Center as part of the Inauguration of the new GMU President Angel Cabrera.

5:30pm (optional): Dinner with the speaker and other members at Rubino’s Pizzaria in Ashburn (20035 Ashbrook Commons Plz, Ashburn; just off Rt 7 in the shopping center with AC Moore and Harris Teeter)
7:00pm: “Meet and Greet” for photographers and guests at Lansdowne Woods meeting room (theater towards the back past the pool)
7:30pm: Speaker